Today our smartphones are no less than a Computer. They have powerful CPU, RAM, Graphics Processors and Quality Hardware. They are built not just for traditional calling and messaging but they can compete with computers now. And Android is the backbone for this mobile revolution. There are lots of great Android Phones which have everything you can expect and many things far from your expectations.

So, here I have complied a list of Best Android Phones which are launched and trending hot in the Indian market in 2013. Take a close look at these phones before buying, similar specifications might save you 10,000 bucks.

Currently, this is the best phone overall. It has amazing processor, excellent 20 MP Camera, best display with 1080 pixels. Sony Xperia Z1 can be chosen with closed eyes although, it can be heavy on your pocket but when you are getting world’s best smartphone, even renting the house won’t be a bad idea… :p AMAZING!!!!! That’s the word which describes this phone from LG and Google. Comparing to Sony Xperia Z1 only its camera is less otherwise you can get just everything in 29,000 Rs. Its just unbelievable. And the best thing, you don’t have to wait for the new Android updates 🙂 This is Beast. A performance Beast. Take a look at its specifications, had you imagined 3 GB RAM on a phone 2 years earlier? It has the best hardware configuration which is far better than Samsung Galaxy S4. Seeing this phone, a thought comes in my mind, what the …. Samsung might be planning with Samsung Galaxy S5?? Innovation and Amazing describes this phone. The buttons placed below camera are very innovative and blazing fast performances with the best smartphone display makes this phone awesome! It comes in two storage options 16 & 32 GB. This is the most beautiful Android Smartphone. HTC One is very fast with amazing performance and design. Although many people might hate its just 4 MP Camera at such a high price. Samsung Galaxy S4 has the highest mass appeal as the best Android phone. For some people it is a style statement. Coming to specifications it is strong in that. With 8 core CPU, the performance is smooth and 13 MP Camera is very good. When big screen comes to play, this is the only one you should look for. This is the largest phone with calling facility. Sony Xperia Z ultra offers almost all the features of the best smartphone in the world- The Sony Xperia Z. Keep loving Best Tech Guru and comment below for your queries and suggestions. 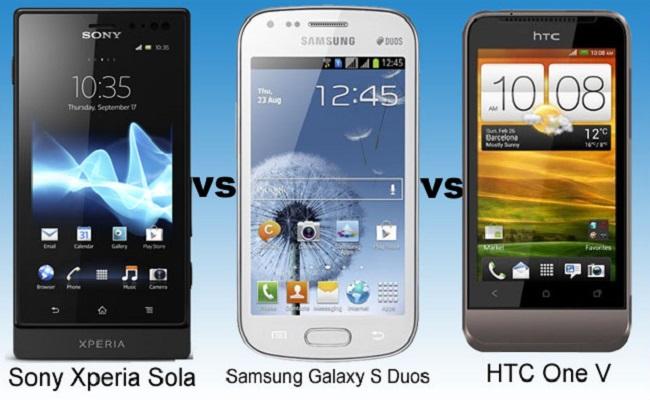