Apple stated in June this year that it will release the music streaming app Apple Music this fall for Android. The service has already got about 15 million subscribers according to the Apple CEO Tim Cook and now there is a new leak regarding the service that has surfaced showing the look of the Apple Music app on Android. The German technology site MobileGeeks has published a bunch of screenshots that appears to be about the Apple Music for Android devices. The screenshots show that the app comes with Beats 1 Radio along with several sections such as New, Recommendation and Connect with many other pages. Apple Music on Android is looking to have the identical features just like the iOS version with some design principles based on Android, like the presence of three lined menu on the top-right corner of the app. Apple Music for Android is the new entry in the music streaming service market that is already dominated by apps such as Spotify, Google Music and several others.

The music streaming app will be the second only app by Apple for Android, earlier it has launched the Move to iOS app for migrating content from Android to iOS. 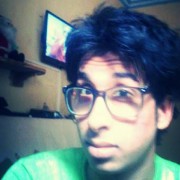